How you go from engineering to acupuncture!

The question that I probably get asked the most is how I got into acupuncture. I thought this would be a good place to start for my first blog entry.

The adventure started back in 1992. My first child, Taylor, was born for all practical purposes allergic to this world. Taylor consistently vomited breast milk and within a couple of months was on formula. The conversion to formula turned out to be a troublesome trial and error experience. Based on my wife’s and my upbringing we first approached Taylor’s pediatrician. He did not believe allergies were the cause because of his age, but he could not provide any alternatives. At age 9 months, Taylor had his first glass of milk. After the initial sip, he immediately vomited, and his face became covered with hives. The doctor told us to avoid milk products, but he was too young for allergy testing. I personally went through my childhood getting allergy skin test and shots and knew what he was going to experience. Taylor’s reactions got more frequent and more severe. When he was two, we convinced the doctor to do a series of RAST tests. He was allergic to everything. The doctor’s answer was to eliminate additional foods and do more testing. At this point, we felt we could count the number of foods that did not get him sick on both hands. We continued the avoidance routine by cooking everything from scratch. We would not let anyone give him any food. 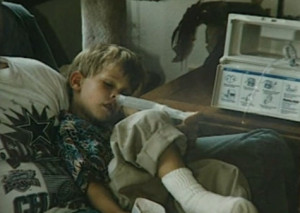 At this time in my son’s life, a typical day consisted of eating only foods that we prepared, taking 3-4 Nebulizer treatments and taking several medications to control his asthma. My wife and I did not have a hopeful picture of his future.

When Taylor was four, the Nambudripad’s Allergy Elimination Treatment (NAET) was introduced to us. Both my wife and I have petroleum engineering degrees and found this technique unbelievable, but we were at the point where we would try almost anything. We started the treatments and immediately saw a positive impact. Our friends also began to see the difference in our son’s appearance and attitude. After the initial phase of treatments, we tried giving Taylor a danish. We were ready for a reaction, but nothing happened. Before the treatment, he would have gotten sick. My wife and I then knew the treatments were the answer to his allergies. We continued the treatments on a daily basis for about 3 months, then bi-weekly for about a year.

I also started the treatments for my allergies. My results were not as dramatic as Taylor’s, but I found them successful. I had significantly less seasonally allergy symptoms and noticed that I was not as congested after eating certain foods.

After 15 years as a petroleum engineer, I had the opportunity to change careers. I decided to learn acupuncture and became a full time student. In 2002, I received my Masters Degree in Oriental Medicine from the Dallas College of Oriental Medicine and opened my practice. I have found that my engineering background has led me to use several computer-based programs to aid me in treating my patients. Even though I studied Traditional Chinese Medicine, I am not a traditional practitioner. I use a combination of several energy balancing techniques (Zyto, NanoSRT Stress Reduction Therapy, Advanced Allergy Therapeutics (AAT), Nambudripad’s Allergy Elimination Treatment (NAET), AcuGraph) and nutritional supplementation. By applying the combination of these different techniques, I am able to address a wide variety of conditions from acute to chronic pain, symptoms due to allergies, symptoms due to hormonal imbalances, headaches, and many other disorders.

As a matter of an update, Taylor will be 21 in a few weeks. You would never know how rough his first few years were. He continues to be athletic and plays on several sports teams. I have to admit that he still has an occasional reaction that requires some maintenance treatments, but I will take a 98% improvement while rarely taking any prescribed medications any day.

If you would like to watch the news report that was done about our story please click: 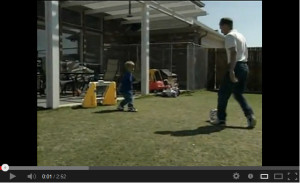 How you go from engineering to acupuncture! was last modified: April 18th, 2013 by Steven Homoky

This article was posted in Personal. Bookmark the permalink. Follow comments with the RSS feed for this post. Both comments and trackbacks are closed.
972-612-4900 Directions